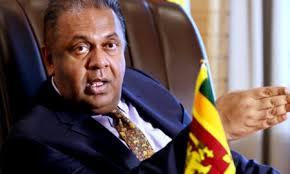 Speaking on the “Api Wenuwen Api” fund formed under last regime, the Minister said that the monies of the fund were missing and no one knows where the monies are. Nothing was done for the betterment of war heroes with the fund, the Minister said. Ministry sources told Daily News that the fund had been set up under the Ministry of Defence at the time and there was no indication that the fund had been utilised in the service of the war heroes as was originally intended.

Minister Samaraweera told the news conference that the “Api Wenuwen Api” fund had been under then Defence Ministry secretary Gotabhaya Rajapaksa. “Then he is duty bound to reveal the truth regarding the fund,” Samaraweera said.Samaraweera yesterday urged public officials and especially disabled war heroes not to be the cat’s paw of certain narrow-sighted political forces with hidden political agendas. According to the Minister, the Sri Lanka Podujana Peramuna (SLPP) is behind the on-going wave of trade union actions as well as the protest campaign by the disabled war veterans over their pension issues.

The Minister explained that Cabinet approval has been granted for the pension payments to disabled war veterans on the basis of the salaries and allowances they received at the time of retirement, for life.This would be applicable to disabled tri-forces personnel, police and STF, and will be in effect from last Tuesday, he further emphasised.He pointed out that, for example, an Army Major receives a basic salary and other allowances amounting to Rs.97,205 and, in addition, receives a service pension of Rs.10,000 and a disabled pension of Rs.4,000 with the total remuneration amounting to Rs.111,483. Earlier, when such an officer retired after the age of 55 years, the pension was Rs.81,000 but, according to the new formula, such an officer will receive a pension of Rs. 111,483.

“Accordingly, disable war veterans receive the salaries and allowances they received at the time of retirement, for life” he noted.When asked by media whether their widowers will receive the gross payment once they die, the Minister responded that, apart from a few additional allowances, the greater part of the pension would be paid. The Minister charged that the politicians who now shed crocodile tears over disabled war veterans had done nothing during their ten year ruling period.

For the first time in the history of the country, this government has already increased the salaries of government servants by 107 per cent, he pointed out, questioning the motives of the strike attempt by certain cadres of public servants.A Finance Ministry media release adds that: “After the war ended in the north and east the previous government had tried to do politics at the expense of war heroes. Even while in they are in Opposition now, they have tried to make political mileage out of the issues faced by the disabled soldiers.

However, the previous government had done nothing to alleviate the sufferings of disabled soldiers. The present government was able to provide welfare measures to security personnel and the police which previous governments have not been able to do during the last 20 years.”Minister Samaraweera said that as par with the recommendations of the Presidential Commission on salaries, the government will increase salaries further by July 1, 2020 with the 2020 budget proposal.Responding to media questions, Treasury Deputy Secretary S.K.Senaviratne said there were no provisions in state finance rules and regulations to offer the gross payment, obtained by a war hero, to his widower once the war hero passes away.