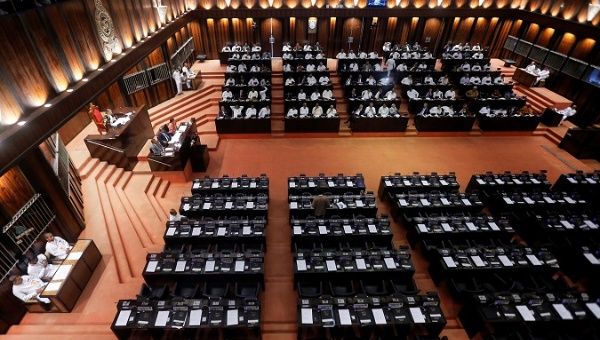 Sri Lanka Parliament was dissolved midnight yesterday (02) as per the extraordinary gazette notification 2165/8 signed by President Gotabaya Rajapaksa. Accordingly the general election is likely to fall on April 25, 2020. Nominations are expected to be accepted from 12th-19th March, 2020. The new Parliament shall be meeting on May 14, 2020.

-(a) Dissolve Parliament, with effect from midnight today and summon the new Parliament to meet on the Fourteenth day of May, Two Thousand and Twenty ;

(b) Fix Twenty Fifth day of April, Two Thousand and Twenty as the date for the election of Members ofParliament ;