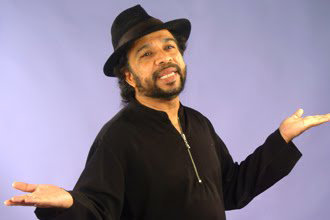 Where do I begin? How shall I describe in words the life and times of Sunil Perera – songwriter, band leader, singer, entertainer, and most of all my friend for over 50 years? My earliest recollection of Sunil was at the Navarangahala where Raj Seneviratne introduced an up-and-coming band called the “Gypsies” to the music loving public of Sri Lanka. They were a smartly dressed, young set of musicians who made a great impact at their musical debut. Sunil’s father, Anton Perera, was the first to contact me to inquire about sound equipment for his young sons who had just entered the music field and that’s how I really got to know them firsthand.

Sunil, Piyal, Lal, Nihal and Nimal then became my instant friends in the entertainment field. They were very close knit, and their father Anton Perera was a strict disciplinarian and ensured that they learned to play multiple instruments. Sunil loved to sing and play guitar. One day Anton called me and said “Sohan, these fellows have never got on a plane, can you take them on a 5-day trip to Singapore and show them a little bit of the outside world?” I jumped at the idea of an all-expenses paid trip to Singapore with 5 brothers whom I had grown to like so much!!! We had a great time there which included tourist attractions, night clubs, music shops and interesting food courts and some shopping, too.

Sunil and I did many trips to Singapore after that, and we became great travelling companions. But while he loved to travel, he hated flying! His solution was to get sloshed on the long flights and fall asleep, so that he was not reminded that we were flying at 35,000 feet.

When I toured Australia with the Gypsies on a one-month tour of Melbourne, Sydney, Brisbane and Canberra, Sunil was my roommate. He kept me awake on many a sleepless night and told me countless hilarious stories. That’s when I realised what an entertainer he was!!!

Although our two bands had to compete at musical shows and dances, the competition was healthy, and on many occasions, Sunil joined me on stage for the final session or vice versa. He invited me to join him on many of his original songs like Loway Sama, This Land Belongs To You and Koththamalli. Right through fifty years of knowing each other we remained staunch friends and respected each other and shared our experiences. Whenever he needed guidance on a crucial matter, he would always call me and ask for my opinion. I too learnt many things from him regarding band management, keeping proper accounts, maintaining files, etc.

Our friendship continued to grow, and, on some days, we had long conversations on the phone which went on for hours. Unfortunately, I was unable to join him at many of his so called “wild parties” because I am a teetotaler and Sunil loved to have his drinks and I wasn’t much of a drinking companion!

He was the first to congratulate me when he heard one of my original songs called “Aadare.” He always said create your own originals and think outside of the box.

Sunil had a heart of gold and helped many people in various ways but never bragged about it. He looked after all his band members like a big brother and was always fair minded when dealing with them.

When I contracted the Covid-19 virus and was in hospital, he was the first to call me and ask whether I needed help in any way. While he was at the Nawaloka hospital, he called me and said he will be home soon and asked me to thank all his well-wishers as he was too weak to call them personally. Four days before he passed away, he called me from home and told me to find him a Cadillac automobile which he wanted to buy as a prop for a new restaurant he had hopes of launching. He wanted to name it “The Pink Cadillac!” Even though he was not feeling his best, his indomitable spirit would not be quashed.

He was a great thinker, had strong views and was quite fearless when he had to voice his opinion. He believed in humanity and equality and said all communities must come together as one. He believed that religion should unite people and not divide them

A man who was fearless, forthright, generous, simple, full of humour and kindness slipped away in the wee hours of the morning. While the world lost an outstanding human being, I lost a great friend.

May your journey through samsara be a speedy one and may you rest in peace, dear Sunil.
Your old friend,
Sohan