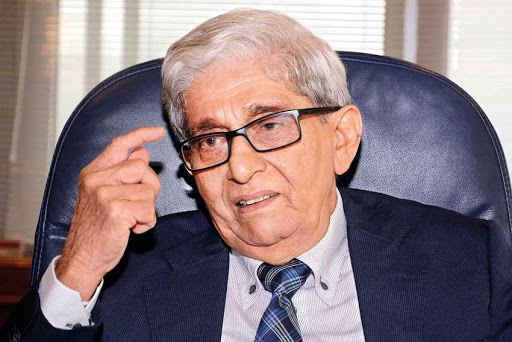 A tongue lashing given by President Gotabaya Rajapaksa over a delay in the central bank giving loans with re-finance (printed money) erupted without prior discussion, but the issue has been resolved a channel of communications established, Governor W D Lakshman said.

“This is something that had given rise to a lot of debate, accusations and counter accusations,” Governor W D Lakshman told reporters in Colombo in Sinhalese.

The issue raised new questions over the independence of the institution which had depreciated the currency from 4.70 to 185 to the dollar since independence from British rule in the worst performance among pegged South Asian monetary authorities through money printing.

President Rajapaksa slammed the central bank in public after summoning Governor Lakshman to his office, over a delay in giving credit to Coronavirus affected companies with printed money (central bank re-finance) at time when the rupee was already under pressure and imports were controlled.

Responding to questions from reporters Governor Lakshman said there had been no prior discussion before the institution and officials were summoned for the meeting.

“If such a question had been asked it would have happened in a different way,” Governor Lakshman said.

“Later when there were problematic situations on two occasions, the problem was solved in that way. I acted and got a discussion early we have started a process to inform the Prime Minister and President.

“We have now solved this problem and are working with some agreement.”

“About this credit program, the Cabinet took certain decisions, and the central bank was informed to carry them out,” Governor Lakshman explained.

“Usually the Monetary Board meets, and decides on the most appropriate way and implements it.”