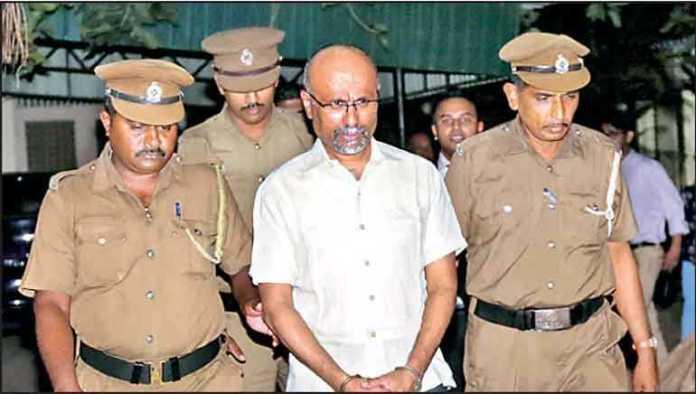 Sri Lanka’s former Ambassador to Russia Udayanga Weeratunga, who was arrested and remanded yesterday, has been admitted to the prison hospital.
He had reportedly complained of a chest pain and was admitted to the prison hospital.
Weeratunga was arrested by the Criminal Investigations Department (CID) at the Bandaranaike International Airport yesterday, was produced before a Magistrate and remanded till 17 February.
Weeratunga was detained after arriving in Sri Lanka from Muscat, Oman and was questioned by the CID.
He was later produced before the Fort Magistrate who ordered that he be remanded.Weeratunga was wanted on charges of money laundering in the MiG 27 aircraft deal.
A warrant for his arrest was issued on 20 October 2016 and Interpol had also issued a red notice on him.
He has been in the UAE since 2018 and a case was filed seeking his extradition to Sri Lanka to face charges over his involvement in the 2006 purchase of four MiG 27 aircraft for the Sri Lanka Air Force.