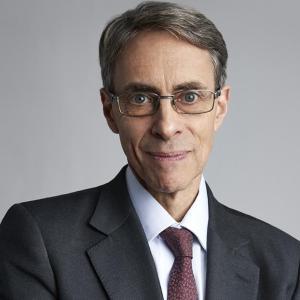 Respect for fundamental human rights in Sri Lanka is in serious jeopardy following Gotabaya Rajapaksa’s election as president in November 2019, Human Rights Watch said today in its World Report 2020.
Rajapaksa, along with his brother Mahinda Rajapaksa, who was named prime minister, were implicated in numerous human rights violations during their previous years in power from 2005 to 2015, which included a crackdown on journalists and activists. Gotabaya Rajapaksa, who then served as defense secretary, was also implicated in war crimes.
“There is every reason to fear that any progress Sri Lanka has made in recent years in restoring basic rights and rebuilding democratic institutions will be overturned with a vengeance,” said Meenakshi Ganguly, South Asia director at Human Rights Watch. “The new president seems intent not only to wipe away the Rajapaksas’ past abuses but clear the path for future ones. Concerned governments should make it clear that international crimes cannot simply be brushed under the carpet.”
In the 652-page World Report 2020, its 30th edition, Human Rights Watch reviews human rights practices in nearly 100 countries. In his introductory essay, Executive Director Kenneth Roth says that the Chinese government, which depends on repression to stay in power, is carrying out the most intense attack on the global human rights system in decades. He finds that Beijing’s actions both encourage and gain support from autocratic populists around the globe, while Chinese authorities use their economic clout to deter criticism from other governments. It is urgent to resist this assault, which threatens decades of progress on human rights and our future.
Under the outgoing Maithripala Sirisena administration, there was some progress in addressing abuses during the civil war between the Sri Lankan government and the Liberation Tigers of Tamil Eelam, which ended in May 2009. The administration made commitments to the United Nations Human Rights Council and restored some government-occupied land and established the Office for Reparations and the Office on Missing Persons.
However, Sri Lanka failed to keep its pledge in repeated Human Rights Council resolutions to establish an accountability mechanism that included international judges and prosecutors. The new Rajapaksa government has indicated that it does not intend to respect those commitments.
Senior police officers investigating Rajapaksa-era abuses have been transferred, or their security clearance has been withdrawn, and the army has been given increased responsibility for the normal police role of protecting “public safety.” The newly appointed defense secretary, Gen. Kamal Gunaratne, is implicated in alleged war crimes committed by the 53 Division of the Sri Lankan army, which he commanded. The current army chief, Gen. Shavendra Silva, recently appointed by Sirisena, is similarly implicated in alleged war crimes committed by the 58 Division when it was under his command.
In 2019, Sri Lanka suffered its worst communal violence since the end of the civil war. Islamist suicide bombers attacked churches and hotels in Colombo and other cities on Easter Sunday, April 21, killing over 250 people and injuring hundreds more. Anti-Muslim mobs, some linked to nationalist politicians and incited by extremist Buddhist monks, attacked Muslim property and vilified Muslims and foreign asylum seekers, putting them at risk of assault. The government imposed a state of emergency for four months. The authorities detained hundreds of people without charge under the Prevention of Terrorism Act, an abusive law that the government had committed to replacing