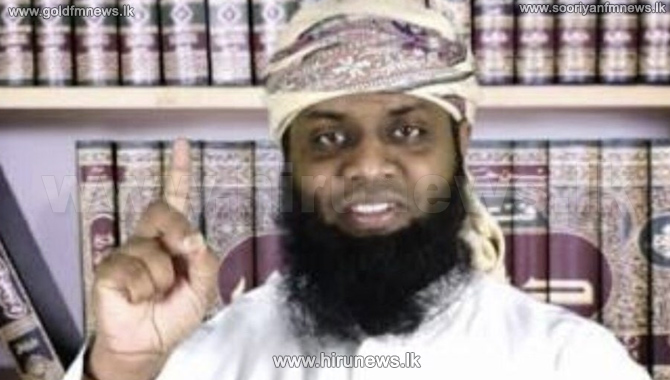 The Supreme Court was told that 97 intelligence reports have been forwarded to the Police Chief and the Defense Secretary regarding the National Thowheed Jamath Organization and its leader Saharan Hashim.

President’s Counsel Sanjeewa Jayawardena, appearing for the Bar Association of Sri Lanka (BASL), has stated in the Supreme Court that the State Intelligence Service has forwarded 97 intelligence reports to the Inspector general of Police and the Secretary of Defense regarding the National Thowheed Jamath Organization and its leader Saharan Hashim during the period from 2016 to the day of the Easter Sunday attack.

The Counsel disclosed this when the seven-judge Supreme Court bench today considered 12 fundamental rights petitions filed against former Defense Secretary Hemasiri Fernando and IGP Pujith Jayasundera over their failure to prevent the terrorist attacks on churches and star class hotels in Colombo and Batticaloa areas, despite receiving intelligence reports prior to the attacks.

Beginning the consideration of the petitions, President’s Counsel Sanjeewa Jayawardena presented submissions on the petition filed by the Bar Association of Sri Lanka (BASL),

An affidavit submitted to the court by the Senior Deputy Inspector General of Police Nilantha Jayawardena, who has been named as a respondent in the petition, states that there were 97 reports related to the NTJ and its leader.

President’s Counsel Jayawardene alleged that the respondents were not able to prevent the attack although the names, addresses and telephone numbers of the suspects involved in terrorist activities were given in the reports due to their gross negligence.

President’s Counsel Jayawardene stated that according to the Constitution of the country, the responsibility of ensuring national security and the safety of the people is vested with the President and the Cabinet and the President, Prime Minister or the members of the Cabinet are not allowed to wipe their hands off of the responsibility saying that they were not informed of a pending attack.

The petitioners have named Former Defense Secretary Hemasiri Fernando and the Inspector General of Police Pujith Jayasundera have been named as the respondents in the 12 Fundamental Rights petitions over the failure to prevent the terrorist attacks on churches and star class hotels in Colombo and Batticaloa areas on Easter Sunday April 21, despite receiving intelligence reports prior to the attacks.

President’s Counsel Anuja Premaratne is appearing on behalf of the former Defense Secretary Hemasiri Fernando Attorney-at-Law Viran Corea appears on behalf of IGP Pujith Jayasundara., who is on compulsory leave.

Meanwhile, President’s Counsel Shamil Perera appears on behalf of Cardinal Malcolm Ranjith, who has been named as a respondent in the fundamental rights petition filed by the Bar Association of Sri Lanka.

The seven-member judge bench will hear the petitions on September 04th, and 05th.