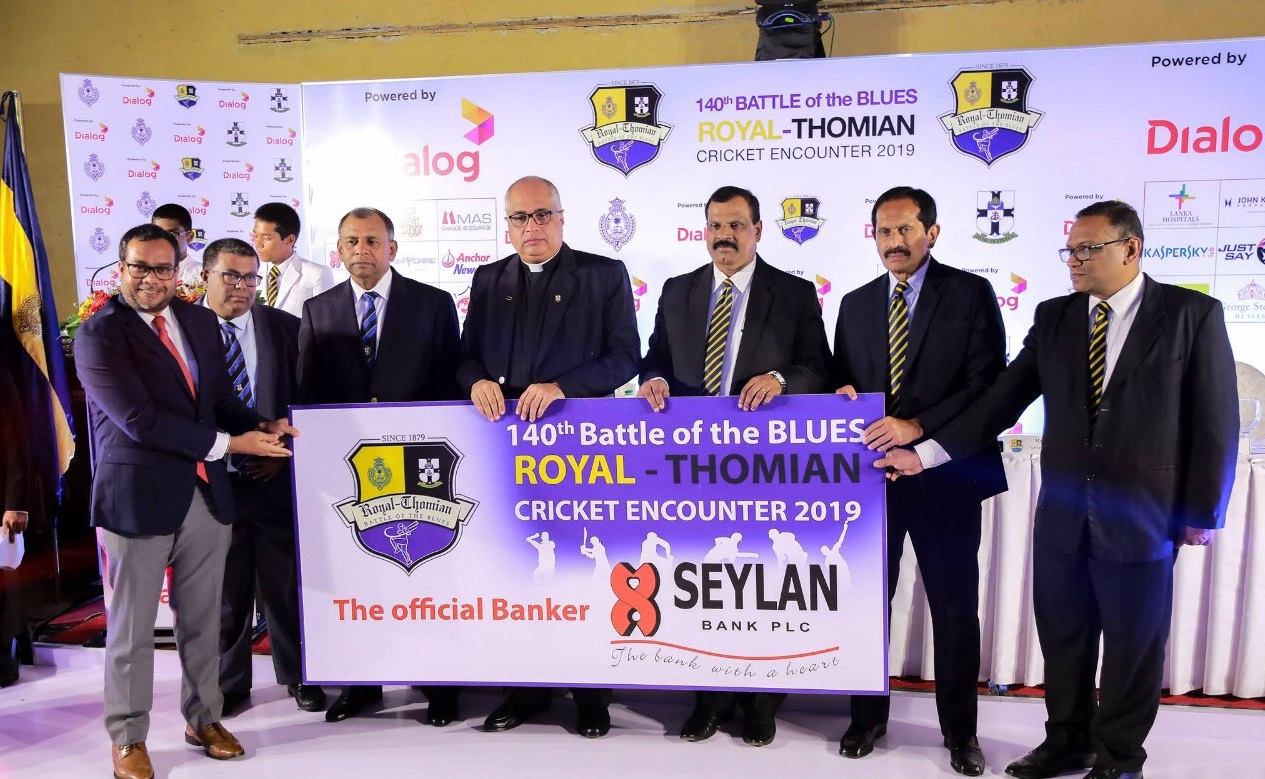 Seylan Bank has once again extended its sponsorship as the official banking partner for the annual Royal-Thomian cricket encounter 2019.

The Royal – Thomian has a rich history and is also the second longest uninterrupted cricket series played in the world. Both teams have fortified their strengths over the years and ‘Battle of the Blues’ is one of the most celebrated school – level cricket played in Sri Lanka.

Commenting on Seylan Bank’s sponsorship, Gamika De Silva – Head of Marketing and Sales at Seylan Bank PLC said “We are extremely proud to announce our association with the 140th Battle of the Blues as the Banking Partner for the second year. The Royal -Thomian has a record history as not only a significant cricket encounter but also as a major social event enticing both local and overseas spectators who join together in the spirit of gamesmanship and solidarity.”

The Intense of spectators and the echoes of trumpets will blow as the two teams will lock horns from 7th – 9th March at the Sinhalese Sports Club (SSC) ground in Colombo.

In the Photo: Tilan Wijeyesekera, Deputy General Manager – Retail Banking at Seylan Bank handing over the sponsorship to Warden Rev. Marc Bilimoria flanked by Principal of Royal College B. A. Abeyrathna.