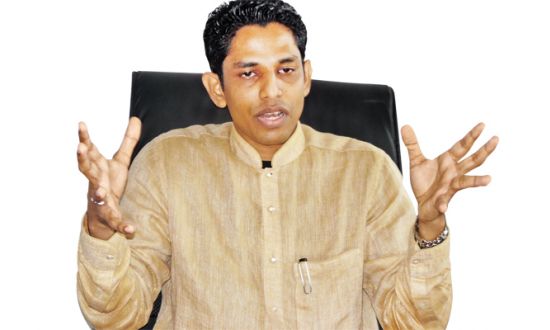 Researches at Harvard University claims that the key to unlocking immortality lies in the genes of renowned Sri Lankan politician Chathura Senarathne. “Chathura is a unique individual in more ways than one. His contributions in the political arena of Sri Lanka are unparalleled. His erudition puts the world intelligentsia to shame. However, unbeknownst to him the greatest contribution he has to offer to all of mankind maybe hidden in his genes. There is irrefutable photographic & archaeological evidence that this man has been present in nearly all of the major historical turning points of the world.

He has fought alongside Alexander the Great & Attila the Hun, engaged in discourses with Socrates, revived Sir Isaac Newton when he was knocked unconscious by a falling apple, flew kites with Benjamin Franklin during stormy evenings and even helped the great Albert Einstein solve equations! And he has remained ageless though many a century has elapsed. He is the miracle that the world scientific community has sought & could very well be the embodiment of the mythical Fountain of Youth,” says a leading scientific authority at Harvard University. Minister Chathura Senarathne has yet to issue an official statement vis-à-vis this latest startling development.